Genetic DNA testing is a popular procedure among many Americans. The increased popularity is because more people want to know more details about themselves including their;

The increased popularity of DNA testing is because of several commercial DNA testing services, like Ancestry DNA and 23andMe that offer the tests at an affordable price.  Here is a comparison of  the two DNA tests: https://www.myfamilydnatest.com/23andme-vs-ancestrydna/

Four Items To Compare Both Companies

A genetic test from AncestryDNA costs $99, excluding shipping. For this price, clients get DNA reports of their family histories and genealogy. These include ethnic mix profiling, DNA matching, DNA circles, and raw DNA. The price also includes the collection kit as well as two-way shipping costs.

On the other hand, 23andMe has two different prices for tests depending on the specific offerings of the test.

The first test, an ancestry test, goes for $99 while the second includes both ancestry and health services and costs $199.

However, it is important to note that the prices of these tests do not include shipping costs. As a matter of fact, clients have to pay as much as $9 for the first kit and $5 for every additional kit that the customer orders.

AncestryDNA offers autosomal DNA testing services. This means that anyone, regardless of gender can take the test and find out ancestry information from both the maternal and the paternal lines.

One of the services that AncestryDNA offers is ethnic mix profiling. The client’s genes are compared with sample genes from different ethnic populations of people and matches drawn.

AncestryDNA compares DNA with samples from 26 regions all around the world. These include areas in America, Europe, Africa, West Asia, Asia, and Pacific Islanders.

One advantage of tracing family histories with AncestryDNA services is the fact that they have one of the largest databases of historical records, family trees, and potentially old photos courtesy of Ancestry’s database. In fact, the company’s website estimates that it has a database of at least 3 million people.

AncestryDNA also includes raw DNA downloads which are basically a copy of the raw results. Clients can use the raw DNA results to find out, even more, details about themselves even from third-party services.

Just like AncestryDNA, 23andMe uses autosomal DNA testing. However, 23andMe has the added advantage of offering more services than its competitor.

Firstly, 23andMe offers Ancestry reports. There are different types of reports under Ancestry tests. There is the ancestry composition analysis which attempts to identify the various regions that the genes in the DNA are from.

The ancestry composition reports also include a descending timeline that one can use to estimate the time frame at which individual genes entered one’s ancestry.

A second report under the ancestry test is the haplogroup report. In layman terms, a haplogroup is a group of similar genes sharing a single/common ancestor.

Thirdly, 23andMe ancestry tests include a Neanderthal ancestry report. From this report, clients can find out information regarding the presence of Neanderthal genetic variants based on a test for 2248 different variants. This information is compared with results from other 23andMe users.

The fourth kind of report in the ancestry tests is the DNA Relatives tool. This is a tool that compares the DNA results of 23andMe users to identify matches.

Matching DNA may signify a common ancestor while the strength and number of identical genes are used to predict the closeness of the relationship. 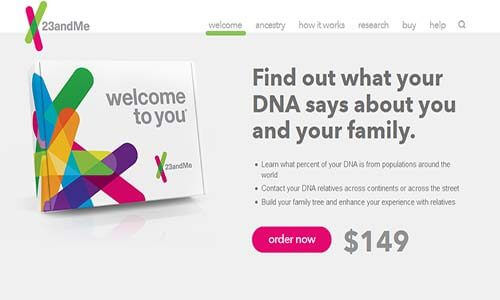 Users can also find out their links to the surnames associated with the DNA matches identified. By displaying the top names, 23andMe provides users a way of identifying their possible family lines more quickly.

23andMe also offers additional health testing services apart from ancestry tests. In fact, this is the primary difference between the two DNA testing services. In total 23andMe offers at least 40 different health reports that include;

3. The Collection, Testing And Results Process

The process of collecting DNA samples for both services starts with activating their collection kits online using unique barcodes.

In addition to that, users of both AncestryDNA and 23andMe are required not to eat, drink, smoke or brush their teeth for at least 30 minutes before extracting the samples (both services use saliva samples). The samples are then shipped back to the respective service providers.

On the other hand, 23andMe also sends its users confirmation of receipt within a week of the user shipping the samples back to them.

Preliminary results are then sent within two weeks of the confirmation message and full results posted to the user’s account within a week of the initial reports. Sometimes, users may wait for longer periods depending on the season.

Both AncestryDNA and 23andMe assure their users of security and confidentiality not only for the samples but also for the results.

Secondly, both service providers store the DNA samples for any necessary future use. This means that users who have already submitted their samples once do not need to send them again.

The third thing that both DNA testing services have in common is their respective community forums. These forums allow users of individual services to interact and communicate with each other.

The choice of service to use pretty much depends on what the user wants. Those who are after finding more information about their family histories and family lines are better suited using AncestryDNA.

However, for those interested in more than just their family histories and genealogies, a 23andMe test featuring health reports is a much better option. 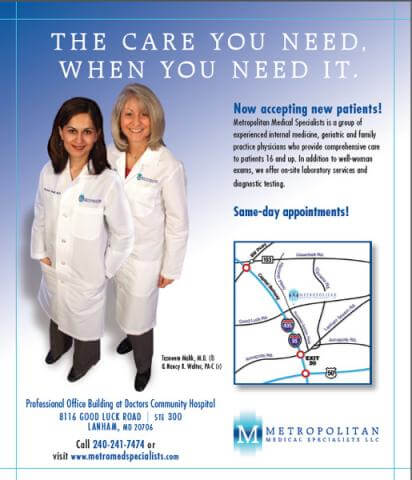